Shine sun day! Natural candles! But no candle holder. The candle can’t be lighten if no holder in home. What can be used as candle holder?
A pottery pot missing the lid, put the candle on the bottom of it, the pottery pot candlestick appears very simple and  texture. 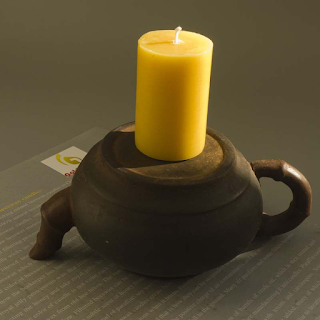 pottery pot candlestick
The lovely little tealight is putted on the teapot lid and in tea cup, as if they go back their home. 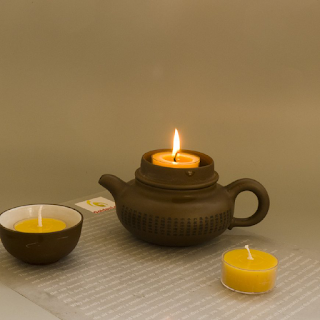 Tealight candle’s home
The beeswax candle on the inverted ceramic cup, the cup change to be a special safe candle holder. 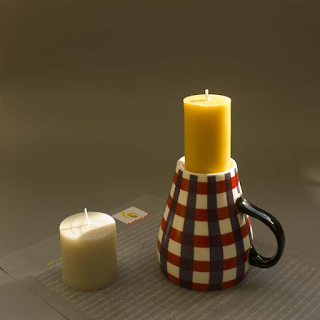 Safe ceramic candle holder
The candles are burning in the beautiful saucers, like the blooming flowers. The saucer candlesticks are very romantic. 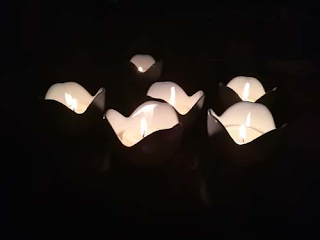 Romantic saucer candlesticks
The high-foot cup holder is glittering and translucent under the sun. 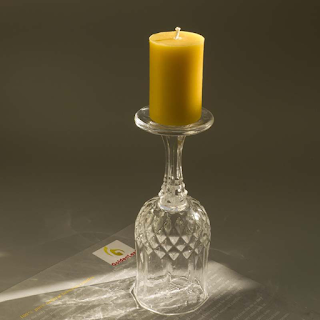 high-foot cup holder
The pole candle is inserted into the Chinese style wine bottle, as if the bottle is design for the pole candles. 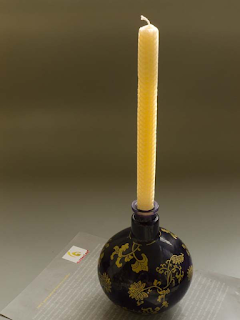 Wine bottle candle holder
The natural stone form the Mount Yunmeng, is very flat, layer by layer, like a book page and with  beautiful leaf lines. It is said to be fossil leaves. Ancient fossil leaves met the natural beeswax candle, so natural!!! 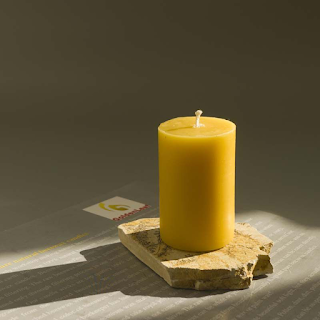 Ancient fossil leaves met the natural beeswax candle
Light a little birthday candle on the red - red persimmon, it will give a big surprise to children in ordinary day ! 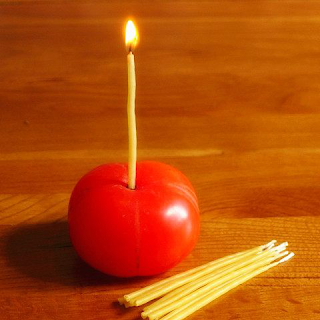 Red persimmon candle holder
There are many  special candle holders everywhere in the home if as long as we want. So that we can light the beautiful candle and enjoy the happy the  the wonderful time of candlelight! What special candle do you find in your home?
时间： 一月 15, 2018 1 条评论: 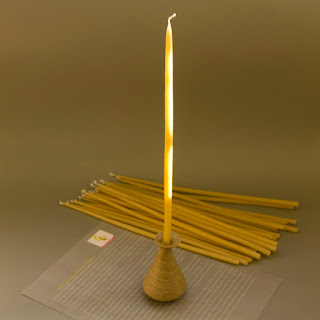 Church candles are usually used for ceremonies, prayer, vigil and general church decoration. Our natural beeswax candle fits perfectly for this occasion. Each candle is handmade with love and care, and is wholesome and environmentally friendly, which should represent the best candle of dedication and goodwill. Melbourne Orthodox Church, the Japanese church for many years with our beeswax candles.
时间： 一月 03, 2018 没有评论: 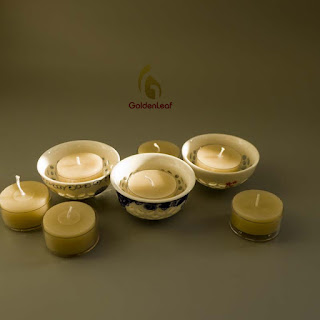 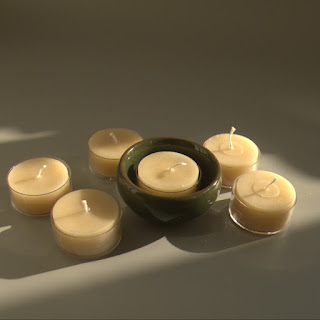 Beeswax is a natural wax produced by individual honey bees of the genus Apis, it is the material that bees produce for making their combs. To produce one pound of beeswax, a worker bee eats about 10 pounds of honey, flies 240,000 kilometres and visit 33 million flower blossoms! Each of our beekeepers can gain about 100kgs raw beeswax every year.
Chemically, beeswax consists of mainly esters of fatty acids and various long-chain alcohols.Beeswax has many and varied uses. Primarily, it is used by the bees in making their honeycombs. Apart from this use by bees, the use of beeswax has become widespread and varied. Purified and bleached beeswax is used in the production of food, cosmetics, and pharmaceuticals.Candle-making has long involved the use of beeswax, which is highly flammable, and this material traditionally was prescribed for the making of the Paschal candle or "Easter candle". Our golden leaf natural beeswax candles are used in Australia Orthodox Church.
Sensor propertes of beeswax
Colour.       yellow or yellow_brown
Odour.       heat wax, odour should be pleasant and honey_like.
Chewing test.   wax should not stick to teeth.
breakage test. upon breaking should have a fine_granular, blunt, not crystalline. structure.
Cutting test.   wax should not stick to knife.
Splinters test.  scratch wax nail or knife, Spliners should have a spiral from
Kneading test. kneading for10 minutes, wax should be plastic.
Consistency.   wax should not stick upon cutting
beeswax candle
Not only do 100% pure beeswax candles create beautiful soft light, but they actually clean the air as they burn. Beeswax releases negative ions when it burns. Pollen, dust, dirt, pollutants, and any other junk in the air all carry a positive charge, and that is how they can be suspended in the air. The negative ions released from burning beeswax negate the positive charge of air contaminants, and the neutralized ions are sucked back into the burning candle or fall to the ground. Many air purifiers and water filters harness this effective negative ion technology.
but paraffin is made from the sludge at the bottom of barrels of crude oil, which is then treated and bleached with benzene and other chemical solvents before manufacturing it into candles. Paraffin candles put out soot and smoke when you burn them along with toxins and carcinogens. Since burning petrochemical paraffin smells bad, synthetic fragrance oils are added, many of which are irritating and even toxic when burned. Breathing paraffin candle residue is similar to breathing diesel fumes.Beeswax candles come in their natural state. The only process the wax goes through is filtering. It doesn’t go rancid like soy wax. Both soy wax and palm wax are hydrogenated and both come with concerns about their environmental impact., beeswax is the only natural substance that emits negative ions when burned.
Only 100% natural candle can clean air when it burn. The candle whatever wax material made from can be called beeswax if contain as little as 1% beeswax. So you must see if the candle labeled 100% beeswax. We ensure that we use 100% beeswax in all of our golden leaf beeswax candles.
时间： 十二月 12, 2017 没有评论: 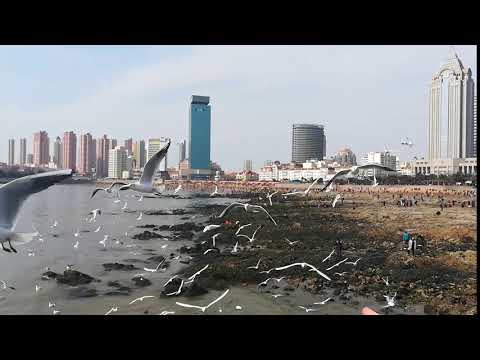